Use of biotinylated allergens

Biotinylation is a process of attaching biotin to proteins and/or other macromolecules. Biotinylated proteins can, due to the high specifity of biotin-avidin interaction, be used for the detection/labelling of specific antibodies against allergens in serum of animal models. With this method it is, for example, possible to verify in an early stage if an animal model is correctly immunized and in a later stage of the experiment verify if the animal responds to the treatment (an increase or decrease in the levels of specific antibodies). The use of biotinylated proteins is to detect specific binding of the different antibodies induced in an animal model, e,g, specific IgG1 IgG2a and IgE. With this, specific antibodies are detected and the amount could be related to different mouse serum standards. 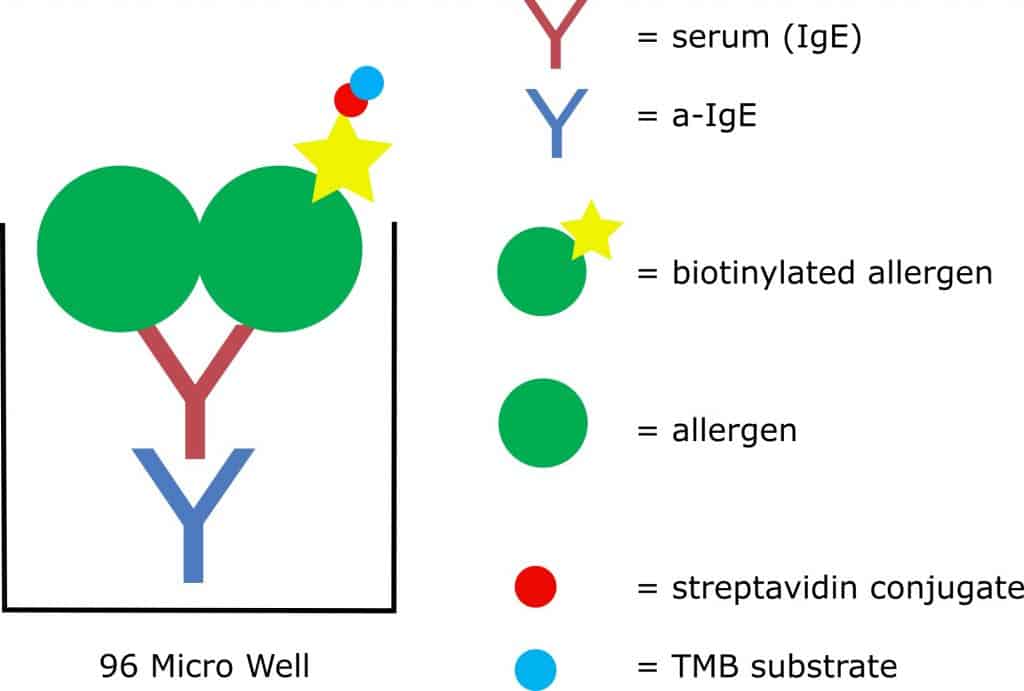 A micro well plate is coated with anti-IgE (or IgG1/ IgG2a). The next step is to add serum, in which allergen specific antibody detection has to be determined, to the plate. After plate washing the biotinylated allergen is added, which will be captured by the serum antibodies (if present). Streptavidin conjugate has a high affinity for biotine and is linked to an enzyme which converts e.g. TMB (tetramethyl benzene) substrate into a colour. With the colour the level of specific anti-bodies which are present in the serum can be measured.

Using the biotinylated proteins from Citeq for the detection of HDM specific IgE (or IgG1/ IgG2a) in mouse serum shows a highly recognizable binding. The OD for biotinylated-HDM from Citeq is much higher compared to biotinylated HDM extracts by research groups with a commercially available kit.

As shown in the comparison below, the OD for a commercial kit is 0.05, whereas the OD for the biotinylated HDM of Citeq is 0.5. 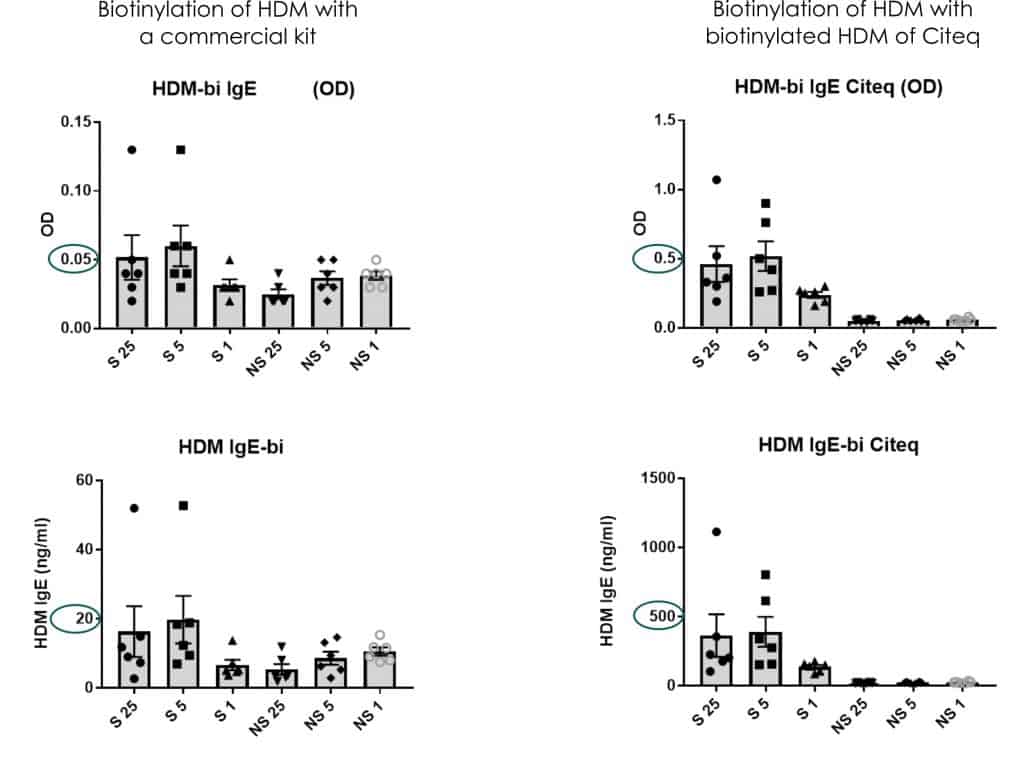 Protocol for using biotinylated products (It is recommended that the instruction sheet be read in its entirety before using this product).