HDM extracts are made from natural animal material which opens up the possibility for different kinds of bacteria to be present in them from the mite of origin.  Autoclaving is not possible with mite extracts as this negatively impact the product and although filtering over a 0,22μm filter does diminish bacterial and fungal contamination it does nothing against one bacterial genus called Mycoplasma.

A vague memory of a lecture a long time ago for some, a true nightmare for others, mycoplasma contamination has been responsible for many a headache in labs for decades. Mycoplasmas are incredibly small and are invisible to even optical microscopy. These tiny bacteria lack a cell wall making them resistant to a lot of common antibiotics and many are parasitic in nature, attaching to- and eventually invading other cells. This means a contamination of a model with mycoplasma is difficult to detect and to treat which can result in them skewing results without the researcher knowing.

Once a contamination has reached a new environment it can quickly spread via aerosol droplets from for example coughing or pipetting allowing it to keep being passed around. Alongside the difficulty of treating mycoplasma, prevention becomes especially important. This means screening personnel and material for the contamination before being used in a research project. 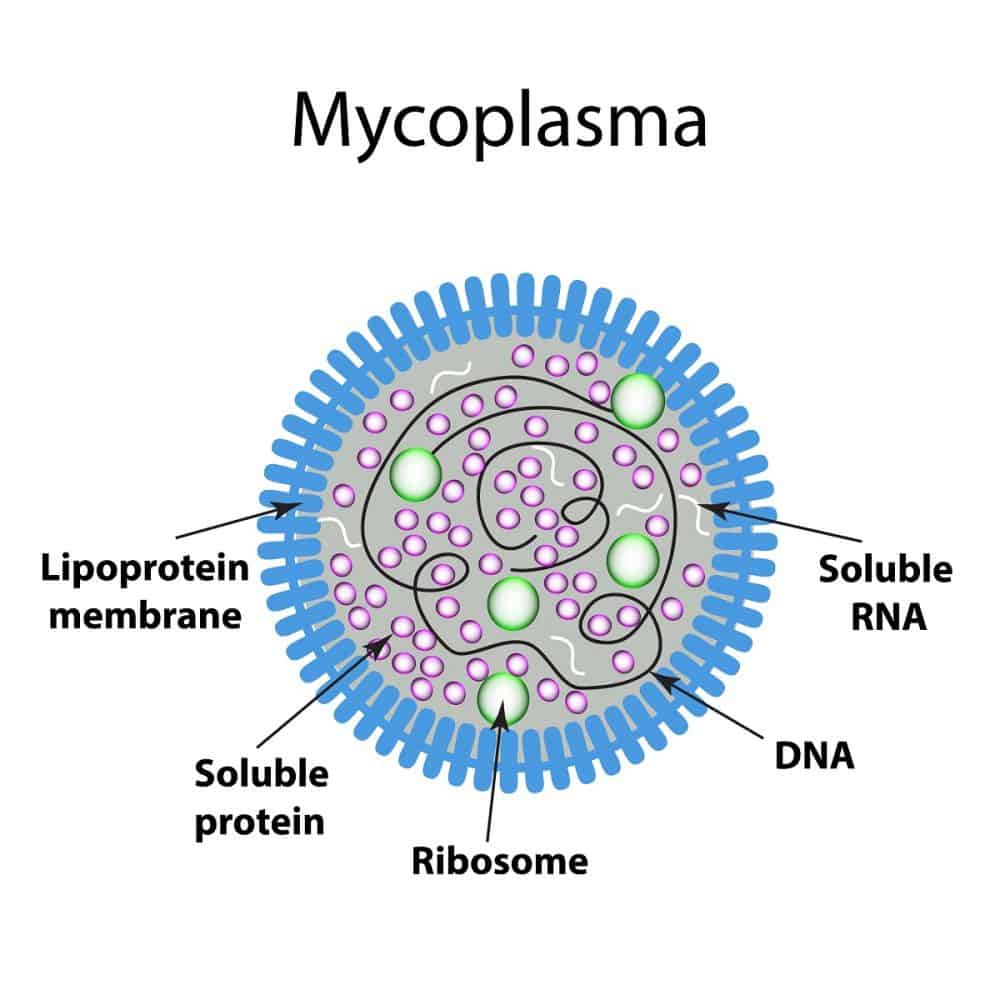 Poster about Mycoplasma in HDM extract

At te EAACI 2019 conference in Lissabon we have presented our latest findings in screening house dust mite for mycoplasma and other mollicutes. Several mites from different suppliers have been screened for the presence of Mollicutes. Results showed that it is very likely that house dust mite source material  of the 5 suppliers that were examined contain Mycoplasma after detection with PCR using universal mycoplasma primers. By using 11 species specific Mollicute primers it was found that Mycoplasma Pneumoniae is present in Dermatophagoidus farinae mites. Based on our results, we recommended that HDM product suppliers should test all their products on Mollicutes.

Well defined source material is key to linking biological activity to compounds in house dust mite products. An undetected mycoplasma contamination can skew results and lead to false conclusions which is why Citeq will be the first to include mycoplasma analyses in it’s certificates of analyses. 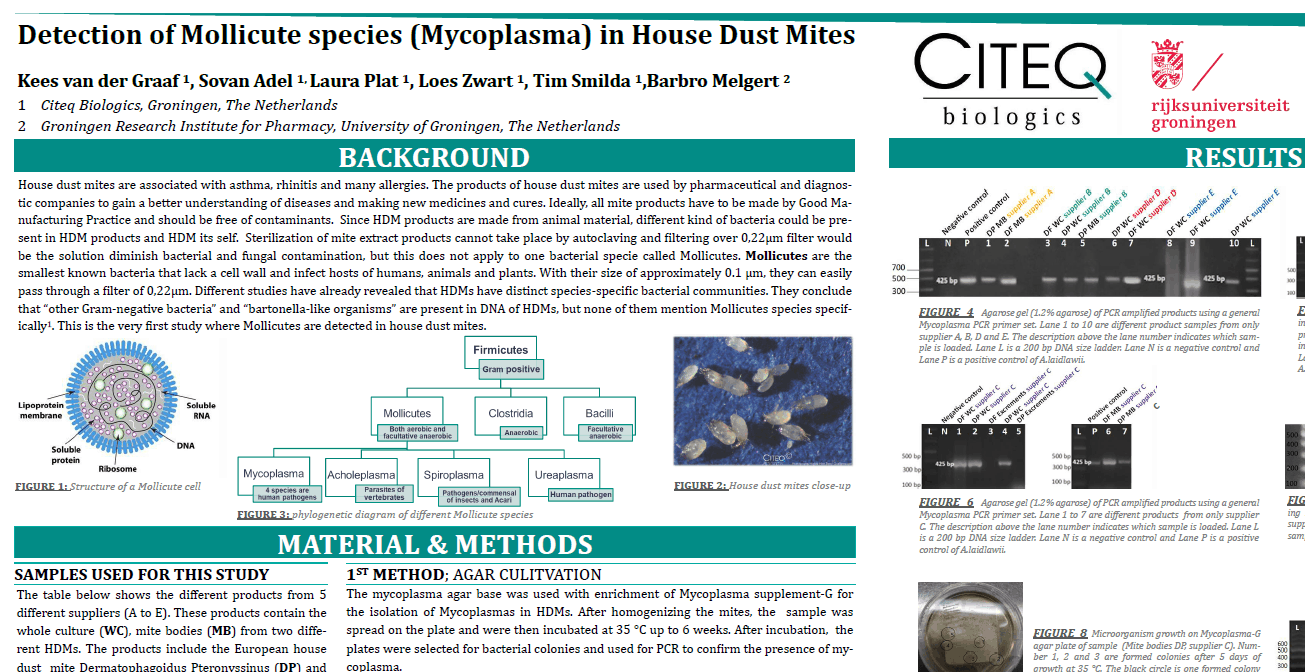